Adrian Gilbert is a writer, editor and consultant with a special interest in 20th-century warfare. His most recent book, Waffen-SS: Hitler’s Army at War, is a new, comprehensive history of this infamous military organisation, published in the US and UK by Da Capo in 2019. 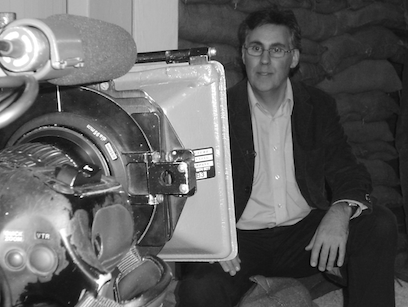 His previous books include Challenge of Battle, a revisionist analysis of the British Army in 1914; POW: Allied Prisoners in Europe 1939-45 (named one of the year’s 10 best military history books by The Sunday Times); and Sniper One-on-One, a best-selling history of the development of military sniping on both sides of the Atlantic.

His television appearances include The History Channel, Sky News, the BBC, ITV and Discovery Channel, He has contributed to The Sunday Times, the Guardian and several magazines including Q, Time Out and The Good Book Guide.

Adrian Gilbert is married with three children and lives in Altrincham, Greater Manchester. He is currently working on a historical novel for children set in Germany during World War II.

He is represented by the Andrew Lownie Literary Agency.